this is a very interesting profile of a really unique musician. Thomas Dolby brings his Time Capsule Tour to The Social on March 18th. 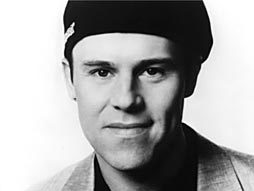 Thomas Dolby has spent his career at the intersection of music and technology. He was an early star on MTV, then moved to Silicon Valley; now he’s back on the road (with friends) with his new album, “A Map of the Floating City.”

Why you should listen to him:

Perhaps best known for blinding us with science, TED Music Director Thomas Dolby has always blurred the lines between composition and invention. As a London teenager, Tom Robertson was fascinated with the convergence of music and technology. His experiments with an assortment of keyboards, synthesizers and cassette players led his friends to dub him “Dolby.”

In the 1990s, Dolby re-created himself as a digital-musical entrepreneur, founding Beatnik, which developed the polyphonic ringtone software used in more than half a billion cell phones. Now back to touring and recording (after a 15-year hiatus), he’s using seriously retro technology — ’40s-era oscilloscopes and Royal Navy field-test equipment — to control his modern synthesizers, in shows that are at once nostalgic and cutting edge. And he continues his tenure as TED’s Music Director, leading the eclectic characters of the TED House Band.

“Dolby enjoys the enviable position of not having to make music for a living, and that allows him to give serious consideration to what’s important to him about being a pop artist.”

Email to a friend »