check Mark Kozelek at The Social on Sunday, Sept 23. 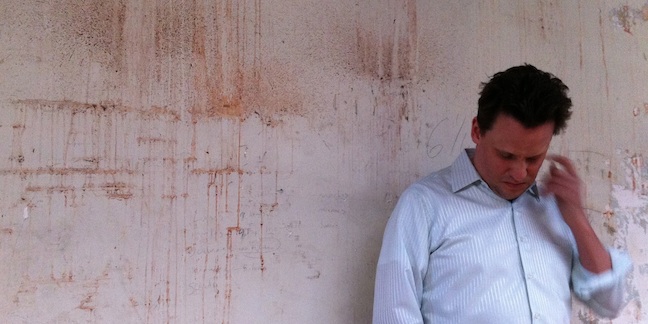 “I didn’t want to put myself, or anyone else, asleep with another quintessential Mark Kozelek album.” Even though the following interview happened over email, you can hear the sarcastic nuance on the last three words of that statement, given in answer to a question about the comparative immediacy of veteran singer-songwriter Kozelek’s upcoming fifth album as Sun Kil Moon (and 14th overall), Among the Leaves.

And it’s not a quintessential Kozelek record– at 17 songs, one of which bears an 18-word title, it’s longer, looser, and more playful than what we’ve come to expect from the 45-year-old. (By the way, that song is called: “The Moderately Talented Yet Attractive Young Woman vs the Exceptionally Talented Yet Not So Attractive Middle Aged Man”; that sound you can hear is Mark’s tongue waggling madly in his cheek.) On the album’s extended length, he says, “Recording a standard 10-song album is a concept I chose to make fun of on this record.”

This September marks 20 years since the release of Down Colorful Hill, Kozelek’s former band Red House Painters‘ debut album on 4AD, and although much of Among the Leaves was written in a four-month period spanning October 2011 to January 2012, Kozelek says that many of the songs here could represent any number of occurences from his career. Largely featuring just Kozelek and a nylon-string guitar, the record as a whole feels instant and unbelaboured, full of lightly given insights into the frequent difficulty of songwriting, the temptations of the road, and the comfort of home; unconcerned with any notion of legacy, or living up to expectations.

“When I get compared to artists like José González or
Bon Iver, I can’t help but think, ‘I’ve been doing
this since they were in third grade.'”

Pitchfork: This is the longest Sun Kil Moon record, and the one with the longest song titles, by some way. Why release such a volume of work in one go?

MK: The titles were me venting a bit– it’s a funny album and I was in the mood for some awkward titles. As far as the length, I wanted to challenge myself and do something out of the ordinary. When I was young, a gatefold album by Pink Floyd or Led Zeppelin was something to get excited about, something you longed for. I wanted to remind people that there was a time when music required an attention span. I could have easily doubled my profit and made two records out of Among the Leaves, but the songs represented a certain period and it made sense to get it out there as one piece.

Pitchfork: The album’s lyrics often allude to the difficulty of writing material that you’re pleased with– “Track Number 8” rhymes its title with “I wrote this one, I know it ain’t great.” What kind of writing struggles do you encounter?

MK: When you’re a touring musician, you’re always turning over new rocks and there’s always a certain level of tension in your life. The music business, and the travel that comes with it, is stressful, challenging, redundant, exhausting, exciting, and often very depressing. After all of these years, I’m still trying to cope with aspects of it. On “Track Number 8” I just hit a roadblock in the middle and decided to bring that into the theme. Songs are puzzles– you get an intro, or maybe an end, but you gotta fill in the rest. Sometimes they come easy and sometimes they’re a pain in the ass.

“When I was young, a gatefold album by Pink Floyd or Led Zeppelin was something to get excited about. I wanted to remind people that there was a time when music required an attention span.”

Pitchfork: Several of the songs here feel as though they’re conveying very instant responses to situations. What gave you the confidence to be able to work that way? Are you still not demoing songs?

MK: I don’t make demos. I don’t have the interest or the energy or the time. Demos are something you do in the early stages of your career, but when you get going, you just go in and record the song. With this record, I wanted to give my first instincts a chance without shooting them down immediately, which I sometimes do.

Songs like “Song For Richard Collopy” and “Not Much Rhymes With Everything’s Awesome All the Time” were very impulsive, even my engineers were looking at me like, “What in the fuck are you doing?” And that’s exactly the reaction I wanted. I didn’t want to put myself, or anyone else, asleep with another quintessential Mark Kozelek album. 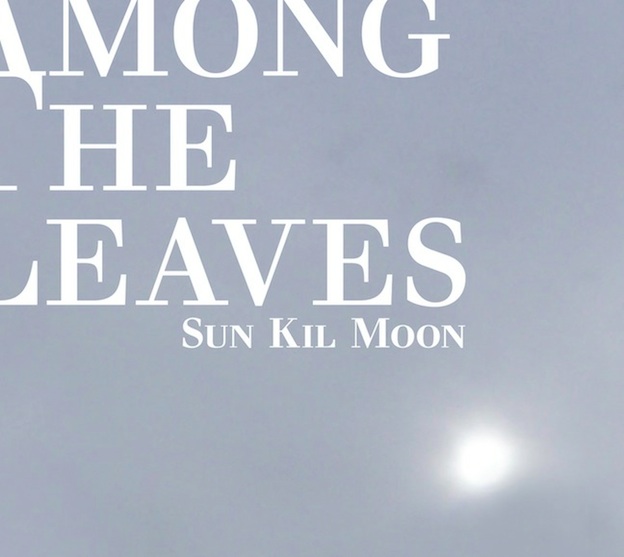 Pitchfork: The record was mostly written on nylon string guitar, with little other instrumentation. What drew you to working like that again?

MK: Convenience, and because nylon string is still a new love and I’m not tired of it yet. Record sales are on their way out and I can’t afford to make Dark Side of the Moon nor do I have the interest. I’m 45 and I don’t have time to spend two years of my life bringing in producers and dragging the record around the planet. I’m always moving forward creatively and don’t like stalling, trying to find the perfect snare drum sound.

Sun Kil Moon: “That Bird Has a Broken Wing”

Pitchfork: On “The Bird That Has a Broken Wing”, you ostensibly sing about being a cheat romantically, and it being a part of one’s nature. What’s your perspective on writing lyrics that don’t necessarily reflect well on the writer?

MK: Anyone who has toured as long as I have, or who has traveled as extensively, and says that they’ve never cheated is lying. Like “The Moderately Talented…”, “Broken Wing” is loosely based on one of a few experiences over the years. Trying to cope with the balance between home life and road life has been a theme in my music since early Red House Painters records. “Broken Wing” is a very human, honest, relatable song. I think many people will relate to it, whether they admit it or not. You get into a deep enough conversation with anyone– an accountant, whoever, and stuff comes out. Crazy things happen at those work conventions, or at a wedding on a drunken night. We’re all human and life is complicated. You really think all of those indie music dorks go to SXSW every year to check out music? They go there to wear their laminates and act important and try to get laid.

“There were a lot more girls at the shows early on. I’d get off stage and there would be options. Those days are long gone, thank god.”

Pitchfork: The line about signing “posters for guys in tennis shoes” on “Sunshine in Chicago” is a highlight of that song. Have you noticed shifts in audiences over your career?

MK: There were a lot more girls at the shows early on. I’d get off stage and there would be options. But those days are long gone, and thank god. I didn’t need any sleep back then, but I need sleep now, to play guitar the way I do. The audience has gotten a lot softer now, more middle-aged. I’ve guess I’ve gotten older and my sex appeal has waned. It’s OK. I’ve got an amazing girlfriend and she keeps me happy.

Pitchfork: On “The Winery”, you name a number of men, some great, some less so. What do those names– Julian Bream, Bobby Fischer, Joe Frazier, Ed Gein, Santos and Benitez— mean to you?

MK: Great or not, they are all powerful, influential figures who’ve made their mark on the world. I’m a boxing junkie, a serial-killer junkie, and a classical guitar junkie. All of these guys are great, poetic references. The Joe Frazier reference made it into the song weeks before he died. I saw that he died when I was on tour, in Seattle last year, and I came home and watched a special on him and cried like a baby. When I was five, in 1972, that’s all you heard about: Joe Frazier. He was the toughest, most indestructible man on the planet back then, and he put Ali on his ass in that first fight. When he died, I was like, “No fucking way.” That just broke my heart. He was such an endearing, honest guy. In his interviews during his later years, he still got choked up about the way Ali taunted him back then. He was tough, but really sensitive inside.

“You really think all of those indie music dorks go to
SXSW every year to check out music? They go there to
wear their laminates and act important and try to get laid.”

Pitchfork: On “The Moderately Talented…”, you tell a woman “you’ll be pleased to be reviewed because there’s always something new”– at this stage, do you still worry about attentions being diverted to newer artists?

MK: Not really. I’ve been doing this since ’92, and I’m still here, and you and others are still asking me questions. But I’m not going to lie to you, when I get compared to artists like José González or Bon Iver, I can’t help but think, “I’ve been doing this since those guys were in third grade.” José is a friend of mine– a nice guy– but I make cracks about the comparisons occasionally, as a way of coping. He’ll understand it when he’s 45. “The Moderately Talented…” is just a commentary on the conflict that happens when a young artist girl looks up to you, but you’re attracted to them in a different way than they are to you.