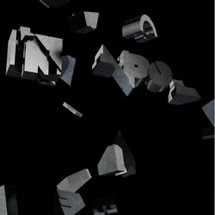 It’s been eight years since Interpol burst onto the scene with their hugely-acclaimed debut album ‘Turn on the Bright Lights’ winning them fans all over the world. Since then they’ve played about a trillion shows, put out a gold-selling follow up called ‘Antics’, signed to a major label, cracked the Billboard Top 5 with ‘Our Love to Admire’, left that major label, lost a band member, gained a new band member, and now recorded a fourth album.

Entitled simply ‘Interpol’, it’s out in a couple of weeks’ time, so expect a few new songs alongside old favorites like ‘Evil’ and ‘Say Hello to the Angels’. The singles from the new record suggest that the band hasn’t changed its sound and musical tone too much following the departure of bass player Carlos D. Indie veteran Dave Pajo is filling his shoes, while Brandon Curtis from The Secret Machines is joining in on keyboards.

Get there early to catch Athens, GA four-piece Twin Tigers. Their two shows at the Social in May opening for the Hold Steady were solid – there’s a strong shoegaze influence, with nicely layered vocals and some solid melodies.