click the link above to head over to Paste Magazine and stream the entire River City Extension album. Then come hear them live at The Social on Tuesday, June 5.http://www.thesocial.org/event/113055/ 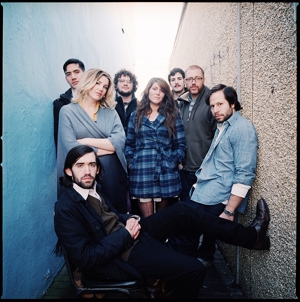 River City Extension’s Don’t Let the Sun Go Down on Your Anger shows a maturity not typically found on a sophomore album. The eight-piece band, based out of New Jersey, is still channeling their folk-rock roots, but with a bit more of a punch. The structure of songs like “Glastonbury” and “Slander” allow each instrument to flourish, but not overwhelm the others. Joe Michelini’s dynamic vocals fit perfectly with all the instrumentation that swarms around him. The occasional harmonies (“Ballad of Oregon”), Sam Tacon’s vocals (“If You Need Me Back in Brooklyn”) and soaring choruses (“Welcome to Pittsburgh”) add a change of pace from Michelini’s vocals.

Don’t Let the Sun Go Down on Your Anger won’t be available in stores until June 5, but you can stream the entire album and view the band’s tour dates below.

May
31 – Washington, D.C. @ Sixth and I Historic Synagogue