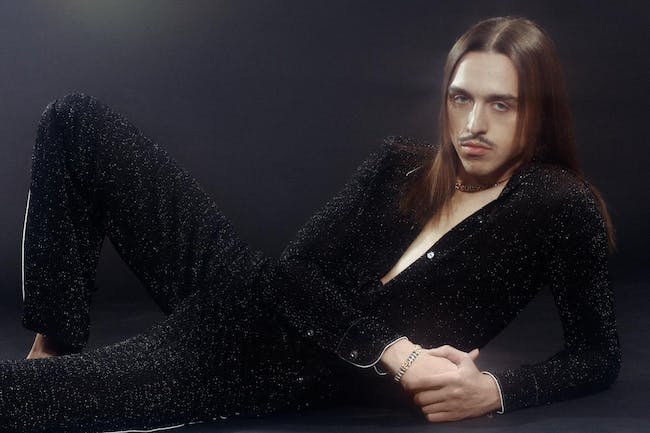 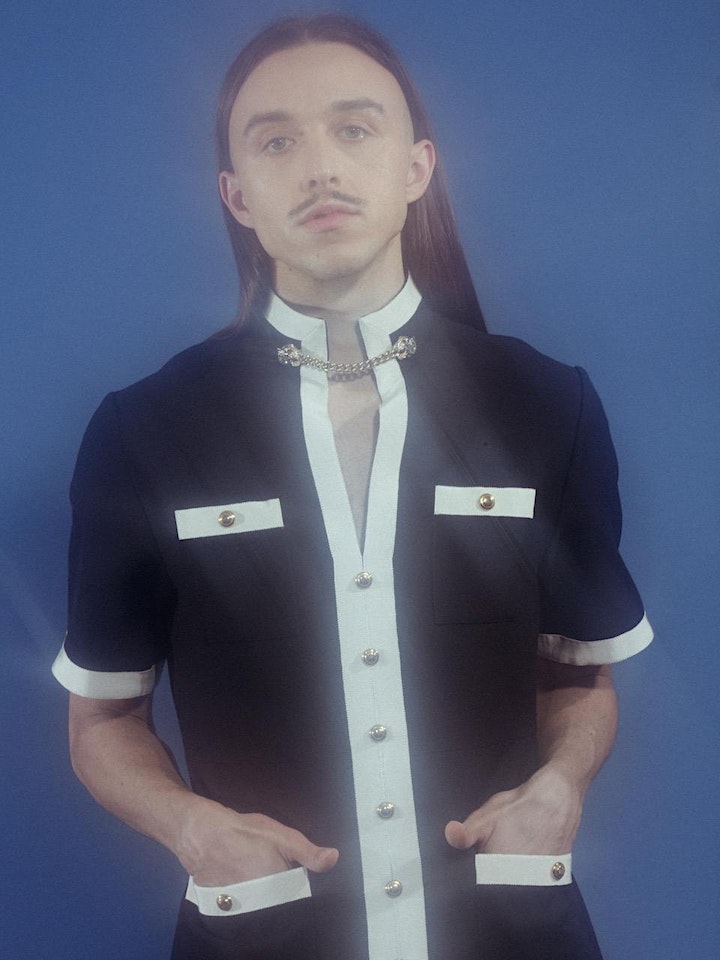 Born in 91, on the last year of the Soviet Union Tommy Cash experienced a blend of the Baltic ghetto and the lingering Russian heritage whilst growing up. Turning to art for self expression he experimented across dancing hip-hop and street-art, finally to arrive to his latest conquest - music. His creativity derives from the cultural capital of post-Soviet sceneries and the sounds of leading figures of western rap music. Unpacking the layers of Tommy Cash you’ll find a genuine admiration for art, the iconic three stripes Adidas, equestrianism and Kanye West - all of which construct the conceptual artist who is capable of championing equality and inclusivity, smashing preconceptions and transcending boundaries of sexuality, genres and history.

Since the early stages of his musical career Tommy has been strongly present in the underground rave scene.Pioneering a fresh sound he joins the flow of uncompromising artists of today’s musical landscape.His first release came in the form of ‘Euros Dollars Yeniz’ mixtape in November 2014, followed by a collaboration with the ultimate Russian villain gang, Little Big. Though it wasn’t until the release of ‘Winaloto’ in the summer of 2016 Tommy’s craft was fully introduced to the world. The freakishly hypnotic video of ‘Winaloto’ produced and art directed by Anna-Lisa Himma and directed by Tommy himself has quickly amassed millions of plays and received heat from the likes of Highsnobiety, NME, and VICE. Gaining critical acclaim, it brought home ‘Video of the Year’ award at Estonian Music Awards.

With the release of the single ‘Surf’ the creative duo of Anna-Lisa and Tommy explored a next level of a hyper sexual vision all set in the Eastern reality. Premiering on Highsnobiety the new single reached new highs of fan’s support, climbing over a million of views in the first month only.

The next trip in Tommy Cash’s world arrived at Pussy Money Weed single - produced by A. G. Cook, and accompanied by a highly anticipated video - directed by Tommy, produced, art directed and styled by Anna-Lisa Himma. The videographic wonderland of Pussy Money Weed takes you to post-apocalyptic sceneries where an otherworldly gang join Tommy’s crew and show their swagger in chaotic arrangements. In this dystopian parallel universe “you can still be hot even when you are dancing on blades in a deserted zoo on Mars” as Tommy describes.

After the runaway success of ‘Pussy Money Weed’ Tommy released his newest single Little Molly,produced by felicita and A. G. Cook, and released via Cook’s PC Music label, premiering via Crack Magazine. Tommy Cash again pushes boundaries and delivers a unique and genre expanding visual alongside a track that is another clear step in the direction of making him into a global phenomenon. His creative output continues to stand second to none and the inclusivity and creative freedom that runs throughout Tommy’s work is as important as the physical output itself.

After a string of a full-house tour in spring 2018 with huge sold out dates in London, Budapest, Warsaw and Tallinn,Tommy is hitting festival stages across Europe including at Benicassim, Sziget, Vie Sauvage and many more.