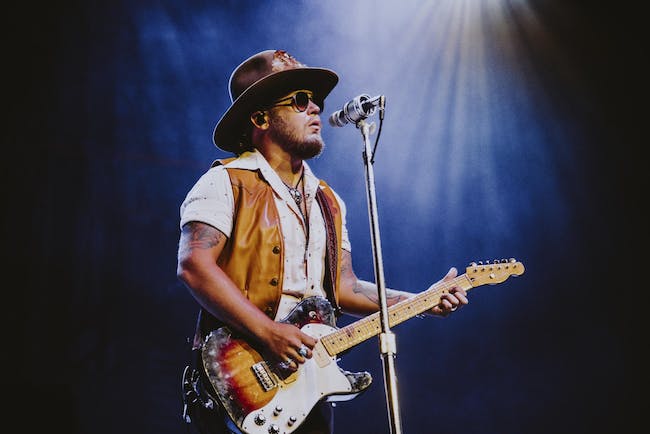 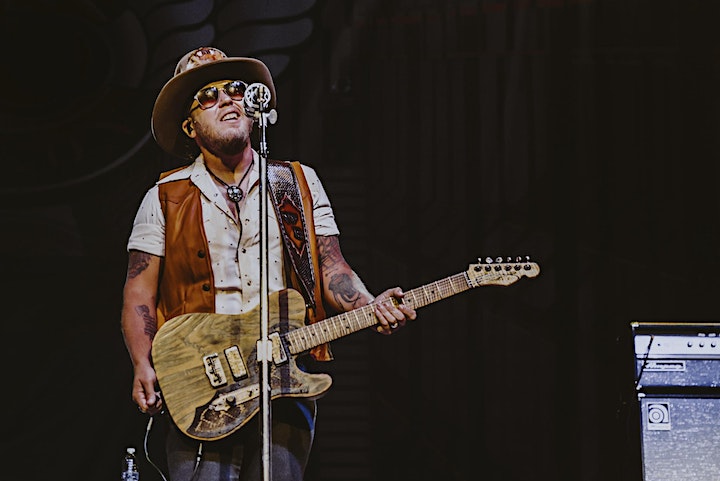 The Steel Woods’ sophomore Thirty Tigers album, Old News, represents a creative leap for the southern roots rock songwriting team of Alabama native Wes Bayliss and his North Carolina partner Jason “Rowdy” Cope, who completed their first recordings barely months after they first met.Recorded in Asheville, NC at Echo Mountain Studios, the site of an old church during a six-day break in a hectic touring schedule, the new double-vinyl disc (the follow-up to 2017’s critically acclaimed Straw in the Wind) features more original songs and, for the first time, the whole band participated –including the rhythm section of bassist Johnny Stanton and drummer Jay Tooke –playing in a single room, cutting the tracks virtually live.“We really hone in on what we do, our strengths as a band, establishing a musical identity,”explains Wes about their latest effort. “The first album, we were still figuring out our sound, so what came out, came out. This time, we had a premeditated blueprint, a real plan.”The songwriting partnership between Bayliss and Cope continues to grow, mature and blossom. “Over time, you find out a person’s strengths and weaknesses, and it just happened to turn out his strengths are my weaknesses, and vice versa.”Part Lynyrd Skynyrd, Allman Brothers, dual-guitar southern blues-rock with elements of R&B, country, bluegrass, gospel, blues, folk and metal, the descriptively named, Nashville-based band deepens its resolve on a theme-driven album that joins the mystery train of the past with the full-speed loco-motion of the present, seeking to bring people together with the universality of music. Conceptually and musically, Old Newsdelivers a set of songs at once eternal with lyrics wrenched from today’s headlines, featuring mythic reverberations and social critiques to boot. The album mourns an idealizedpast but isn’t afraid to point the way to a better future that enlists the best of both worlds.Like The Steel Woods’ previous release, death and mortality make their chilling presence felt, whether it’s in the collection’s cemetery-placed set piece, “Rock That Says My Name,” whose theme is classic Shelley –“Ozymandias, look upon ye works and despair” –or the vintage bluegrass country of “Anna Lee,” the culmination of a murder trilogy begun with “Della Jane’s Heart” on the last album and ending with theNeil Young/Crazy Horse-ish instrumental, “Red River (The Fall of Jimmy Sutherland).” That preoccupation spills over into an idiosyncratic cover of Townes Van Zandt’s “The Catfish Song,” and a special four-song epilogue that includes faithful tributes to artists who have passed away -Tom Petty (“Southern Accent”), Merle Haggard (the prescient “Are The Good Times Really Over”), Gregg Allman (“Whipping Post” as funeral dirge) and Alabama singer/songwriter Wayne Mills (the meditation on mortality, “One of These Days”). Just as on Straw in the Wind, there’s a Black Sabbath cover, this time a take on

“Changes” that transforms the song into a smooth Memphis-style Al Green soul croon, a nod to the cover by the late Charles Bradley. “Death is a part of life that gets looked over,” says Wes. “It can be a positive or a negative, consequence or reward... It just finds its way into a lot of our writing.”The album’s title track –which inspired the mock old-fashioned newspaper album cover representing each of the songswith a tintype illustration –is an example of the timeliness and timelessness of Old News, a song of hope that focuses on what connects us. “And pray for Miss Liberty,” sings Wes. “And the crack in Her bell/There’s a tear in Her eye/But Her arm hasn’t fell.”“We wanted to write a song of hope,” says Bayliss, who notes his wife gave him a hard time about the grammatically incorrect use of “fell.” “Forget about those small things which divide us. This is about the things we all have in common. We’re all here living and working, trying to get by, raising families. We all just want to live and die free.”In a world torn apart by differences, Old Newsinvites us to partake of music as a common language, reinvigorating classic tropes with up-do-date relevance. The rowdy guitar blues of “Blind Lover” envisions a world where we trust our hearts without judgement, while “Compared to a Soul” offers another of The Steel Woods’ penchant for moral fables, this one a pair of Faustian bargains with the devil, one a man who shoots a friend for cheating at cards, the other a Jezebel stepping out on her Marine lover. The opener, “All of These Years,” offers a ZZ Top-like guitar riff from an unrecorded song, “Shooting Scar,” while “Without You” offers tough love to a friend “in a bad place,” but in a last-minute narrative twist, turns out to be confronting his own reflection in a shattered mirror. “This wasn’t an easy record to make,” acknowledges Bayliss about the blood on some of these Old Newstracks. “Rock That Says My Name” is arguably the album’s raison d’etre, a sprawling multi-part epic that recalls such forebears as Buffalo Springfield’s Jack Nitzsche-produced “Expecting to Fly,” confronting our own lives in the rear-view mirror. The song ends with Wes’ grandfather solemnly intoning the words of Matthew 6:19-21 from the King James Bible, a benediction that leads into the four-song “Obituaries” tribute that ends the album. The song was inspired by Wes reading an article about someone purchasing a tombstone in advance.“What better way to drive yourself to live well than looking at your legacy, what you leave behind when you’re gone,” says Wes. “Just a rock with your name, when you were born and the day you died.” “We’re going to tour this record and do everything in our power to do it justice and get it out to our fans,” says Bayliss. With Old News, The Steel Woods continue to build on the independent-minded approach to recording, touring and connecting to fans which has defined their career from the start. 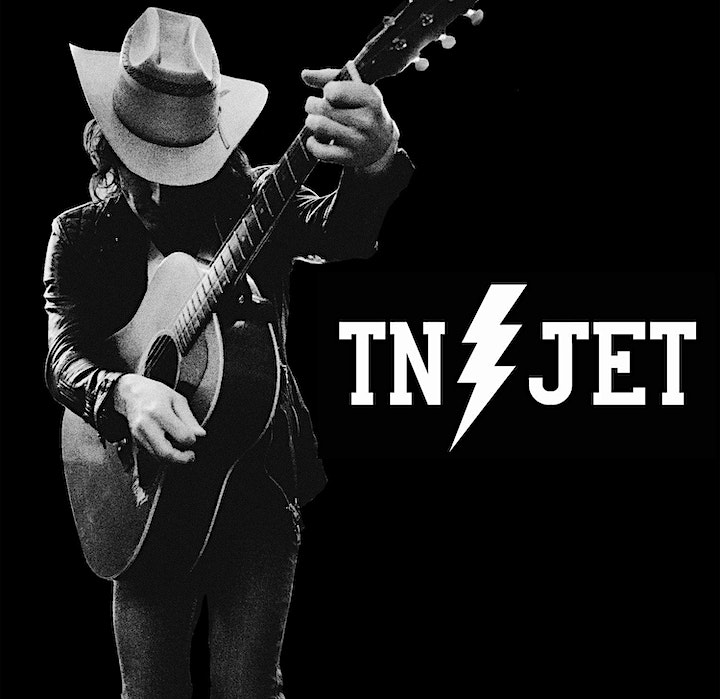 Describing a Tennessee Jet show isn’t easy...because there is no other band that sounds like him. You could say it’s Dwight Yoakam meets The White Stripes or Waylon Jennings meets the Black Keys, but that would only be a jumping off point in describing the one-of-a-kind performance he and his band deliver.Imagine intimate whisper-soft hear-a-pin-drop solo acoustic alt country renderings one minute and full-boar high volume fuzzed out rock ’n roll offerings the next. Picture a one-man band version of Hank’s “I Saw the Light” where everyone is singing and stomping along followed by a blistering full-band set of revved up bluesy twang. Because this is a show about the exchange of energy, stark contrast, and the power only a song can possess.TN Jet grew up on Country Music from the bench seat of his parents truck going from rodeo to rodeo and his extensive knowledge of traditional country music is ingrained in his performances. If you’re looking for something that ain’t the same old same, Tennessee Jet is a good place to start.TJ is currently finishing up his 3rd album recorded in Los Angeles by 5-time Grammy winning engineer Ryan Freeland (Ray LaMontagne, Milk Carton Kids), and the album is slated for a Summer ’19 release. Tennessee Jet’s current single is a duet with Cody Jinks on the Waylon Jennings song “Waymore’s Blues”.