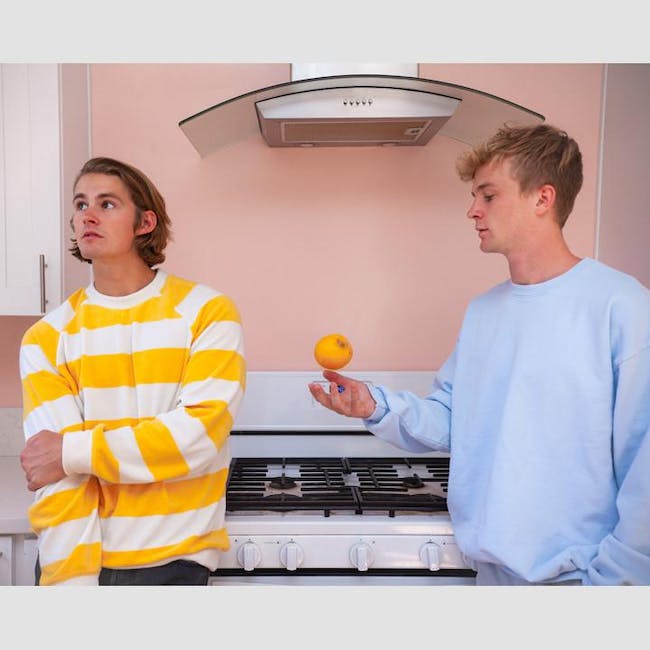 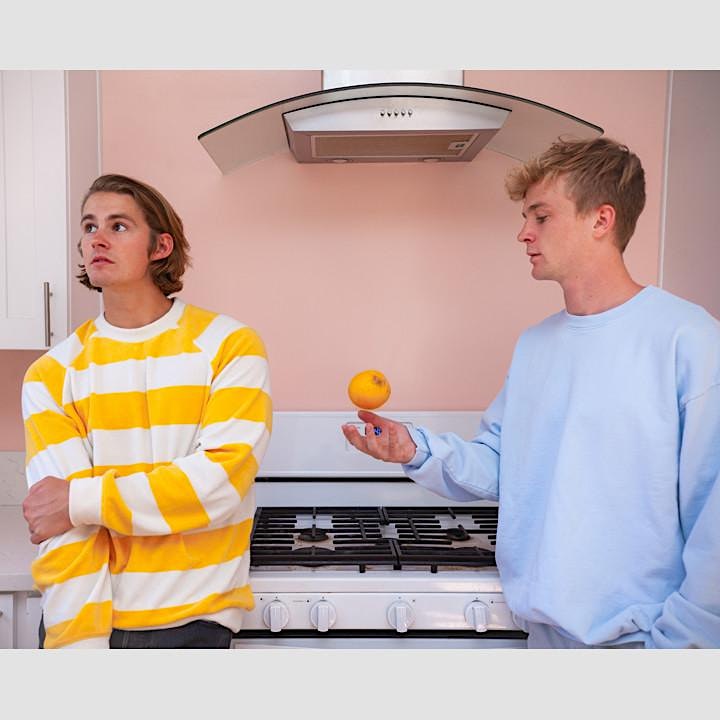 Sunny days. Ocean breezes. Sandy shores. Leafy palm trees. Cool jazzy sounds spiked with pop, hip-hop, reggae, soul, calypso, even some street-corner swing, all in the service of positive vibes, spiritual uplift and “don’t worry, be happy” fun. Look beyond those alluring, seductive Surfaces, though, and that’s where the three-dimensional musical depth of the band’s principals, Colin Padalecki and Forrest Frank, truly shines through. With Forrest on vocals and production, and Colin working on writing and arrangements, the pair have increasingly meshed their individual talents into one impressive whole. After two self-produced albums, the duo just completed their first national club dates, a sold-out “Endless Summer” tour that included shows in New York and Los Angeles at the world-famous Roxy.

The pair began their creative partnership by exchanging iPhone voice memos while San Antonio native Colin studied at Texas A&M and Houston-born Forrest was 90 miles away at Baylor in Waco. Frank had heard several songs Padalecki had posted on SoundCloud featuring vocals by his first cousin Alexa, who still provides female vocals for the group.

“He just reached out on the Internet, then drove to my house without any plans,” says Colin.

“It just sounded like it had some good energy to it,” adds Forrest. “I had no agenda. I just wanted to meet someone to make music with because I didn’t know anybody else.”

The collaboration continued after both graduated when Forrest moved to Seattle, where the two began recording on his houseboat on Lake Union by Gas Works Park. The result was Surf, a full-length album that included tracks like “Be Alright,” their first-ever song, “Loving” (with its memorable refrain, “Good times yeah we got ‘em on speed dial”) and “24/7/365,” which takes a sample from acoustic guitarist Charlie Byrd’s cover of Astrud Gilberto and Stan Getz’s Grammy winning bossa nova standard, “The Girl from Ipanema,” along with several vocals by Colin’s cousin Alexa. Posting the collection on TuneCore, the two were unprepared for the strong reaction from listeners, but immediately headed to a lakefront log cabin outside Austin, where they worked on songs for Where the Light Is, which was released earlier this year.

A brand-new video has just come out for the hip-hop-flavored “Sunday Best,” a song which reflects the group’s spiritual beliefs, along with the joy and compassion which fuels the project.

“It’s just something we believe in,” says Forrest, a self-taught musician -- like Colin -- who grew up surrounded by music, singing in the church choir. “These are things I’ve picked up through my faith, which is very real to me. But I don’t want to preach. The lyrics are an expression of my heart.”

“We want people to feel the way we did when we created and crafted these songs,” chimes in Colin. “I’ve had experience with anxiety and depression in my own life. Every time I write and song and reminisce, it makes me feel better about myself. We want to communicate that so the listener can channel those same emotions.”

Where the Light Is demonstrates Surface’s impressive musical and artistic palette with songs that range from the ‘50s Dion-inspired doo-wop of “Grace,” the song named after Forrest’s bride-to-be, to the dance-hall toasting of the album’s title track, the Caribbean tropical feel of “This Way” and the tinkling cocktail lounge ivories of “Someday” and “Be Alright.”

“Our music is for everyone,” says Forrest. “We want our songs to be heard by as many people as possible. I’m getting married next year so finances are important to me, but I don’t care about being rich. We’re on a mission to infiltrate the popular realm and put out as much positivity as we can.”

So far, Colin and Forrest have managed to maintain complete creative control over Surfaces, even down to Padalecki designing the group’s distinctive geometric, pastel album covers, a product of DIY ingenuity, using the Keynote program, a free version of Apple’s Power Point.

“Our mission is to be positive and have people expect love,” says Colin. “We don’t want anybody to step in and tell us what to create. We’ve partnered to help us spread our message to a larger level to as many ears as we can. The more people hear our music, the more it sticks.”

Maintaining their prolific output, Surfaces has released two more singles – Colin dubs them “beach rock” – in “Palm Trees” and its companion, the non-album “Take Some Time.” The group has already begun work on a third album – with vocal sessions, for the first time ever, in a professional setting at NRG Recording Studios in Hollywood/

“This really allows Forrest’s singing to come through,” says Colin, who adds the two will continue to lay down tracks at either their lake house but return to L.A. to record vocals.

When it comes to Surfaces music, it’s all about what lies underneath.

“Music is so influential to our generation,” says Colin. “The way it’s on these massive digital platforms, it represents a way for individuals to express themselves through particular songs. This is the way we connect with each other.

“It’s so easy to judge things by their appearance, say, by scrolling through faces on Instagram. We need to start going below the surface, to see things in three dimensions.”

Check out Surfaces.... they’re better than a summer vacation.