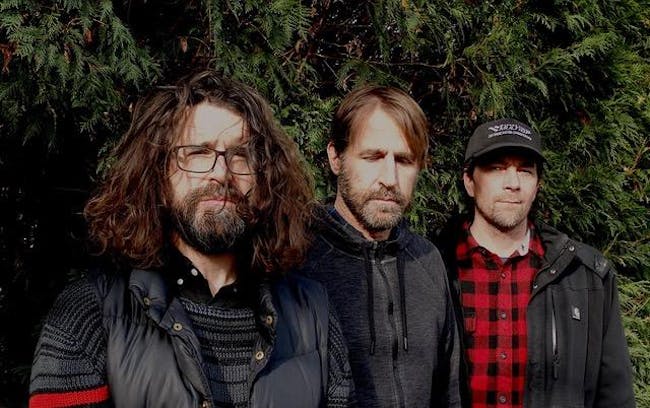 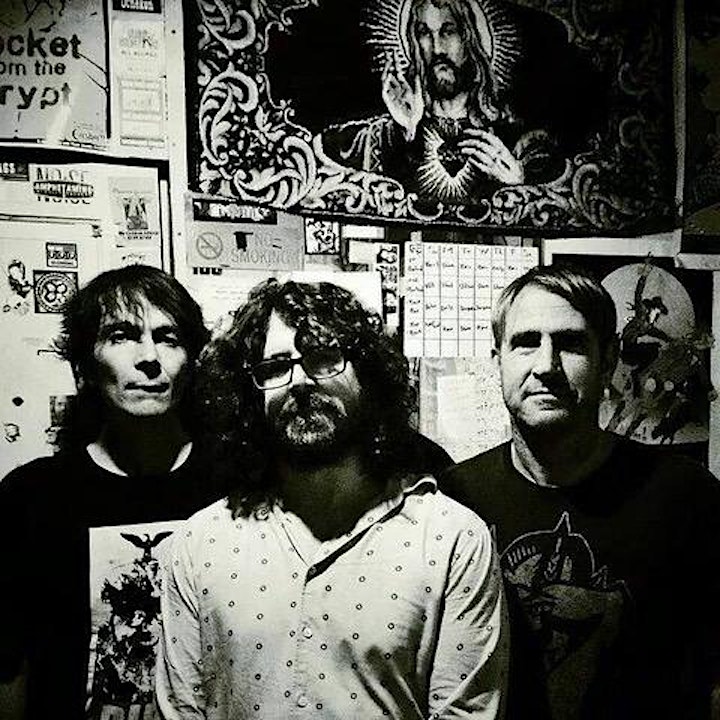 It’s been six years since Sebadoh put out their last record, so it would seem that the release of this ninthfull-length, Act Surprised, is long overdue. But actually, that’s relatively quick for the lo-fi indie rocklegends. After all, there was a 14 year gap/semi-hiatus between 2013’s Defend Yourself and itspredecessor, The Sebadoh, so really, six years is nothing. Besides, the trio – Lou Barlow, JasonLoewenstein and Bob D’Amico – have a pretty good reason.“Lou is always being taken away and abducted by Dinosaur Jr. for these fun and exciting next-levelrock’n’roll tours,” chuckles Loewenstein, “so when we get him back we have to relight the fire.”That’s exactly what the trio did, recording 15 new songs with Justin Pizzoferrato, the engineer behindmany Dinosaur Jr. albums. Recorded at Sonelab in Easthampton, Massachusetts it marked a change inapproach for the band, who had not only produced the previous record themselves, but who also gavethemselves a bit more time than usual to get everything finished.“In the past,” says Barlow, “we would write in the studio and the songs would develop on the road.“This time, we did some rehearsals a few weeks before recording,” adds Loewenstein, “which we almostnever do. So we got a chance to not use the first take and took time to finesse things, which we also don’tusually do, so that was a good step.”And while Loewenstein admits that the album became something it wouldn’t have done had Sebadohself-produced it, as they did with Defend Yourself, he learned to just go with the flow while they weremaking it.“I’ve done a lot of recording for other bands as well as the last Sebadoh record,” he says, “so it was a littlebit strange giving up the science and the tech sides of the recording process. I had to try to leave Justinalone and let him do his thing, trusting that it would be okay. I really enjoyed working with him and he’s aperfect fit for this band.”“I’ve always wanted to work with Justin on a Sebadoh record,” adds Barlow. “We were able to finish arecord as opposed to handing it off in the final stages to the Dinosaur Jr. machine.”“Besides his technical skill as an engineer,” says D’Amico, “his temperament is perfect for thepersonalities in the band, and we all were comfortable working with him. He's a musician and he worksthat way – thinking like a guy in the band and the engineer simultaneously.”It’s true. As such, this is a collection of songs that recalls the classic Sebadoh sound – that iconic fuzzy,jangle of guitars that’s both joyful and wistful at the same time – but which also takes their sound bothforwards and sideways. It sees Barlow and Loewenstein singing and harmonizing together more than everbefore to create what D’Amico terms a “real ‘sound’.” Barlow and Loewenstein each wrote seven songs,while D’Amico wrote penultimate track “Leap Year” – a hyperactive mush of angular rhythms thatreflects the odd, slightly dystopian world that we all seem to be living in right now.“To state the obvious,” says D’Amico, “we're living in a surreal time in this country. There are folk talesabout leap years and their disconnection from reality – and 2016 was a leap year that won't end.”Similar themes flow throughout both Barlow and Loewenstein’s compositions, too. The former areslightly more mellow, gentle affairs, all written and recorded exclusively on 4-string guitar – “electric andacoustic 12 string guitars I have modified and use with alternate tunings.” Barlow explains. As such, leadsingle “Celebrate the Void” is oddly soothing in spite of the fact it rushes off in a flurry of guitars by theend, while both “Medicate” and “Sunshine” shimmer with glorious poignancy and self-examination.“Those two songs are subjects I’ve been mulling over for a while,” says Barlow. ““Medicate” is about thetwo shortcuts to mental-ease and spirituality we try to take: drugs and religion. These have become for profit enterprises that have little to do with changing the root causes of our problems.. “Sunshine” is aboutfinding beauty at home as opposed to trying to buy it or hiking up a mountain to find it.”Loewenstein’s focus is similar but his songs are more turbulent, a reflection of the anxiety he says he feelsmost of the time and which you can hear in the frayed, bass-heavy “Stunned” and “Battery”. That’ssomething he says is compounded by these days of advanced technology, especially the increasingdominance of mobile phones and the internet in our everyday lives.“Lyrically, the theme is being overwhelmed by all the inclinations of modern living and trying to findrelease from it. All this modern technology causes new problems – new social problems, new anxietyproblems and new quasi-addiction problems for people. So it’s a whole new dynamic and as an anxiousperson before technology, it makes me even more anxious.”Tangential to that is his song “Raging River”. With its reference to 9/11 and tin foil hats, it shines a lighton the prevalence of conspiracy theories, but more importantly addresses the double-whammy of constantmisinformation and a lack of critical thinking.While Sebadoh isn’t an overtly political band, that’s something Loewenstein says acts as a metaphor forthe America that has a shady businessman and reality TV star as a president. “Somehow, sociohypnotically,we’ve had the rug of facts and truth pulled out from under us by the actions of this weirdo,”he says. “Which is remarkable. But as chaotic and horrible to question what is true, the fact is we shouldhave been questioning it all along.”To that extent, Act Surprised is a vital album for the modern age. And while it retains the quintessentialhallmarks that have defined Sebadoh throughout their remarkable 30 year career, it’s also a record thatfinds the band refreshed, rejuvenated, exploring new directions and right up there with the band’s verybest.“I'm really proud of this record,” says D’Amico, “and I really enjoyed how we went about it. I think itsounds different from the rest of the Sebadoh catalogue in some ways, so I hope that we can make the oldfans happy but gain some new ones as well.”